Things To Do
Written by Eastern Oregon Visitors Association

With its vast high-desert plains and snow-peaked mountains, Eastern Oregon looks the part of a long-ago land. On a journey through the region’s quiet back roads, you’ll encounter curious geological formations that date back millions of years, vibrant indigenous cultures and Wild West heritage. Today Eastern Oregon abounds with historic hotels, artisan distilleries, craft breweries, art galleries and hip boutiques. It doesn’t hurt to carry along sturdy hiking shoes, camping gear and a reliable compass, but above all, bring your sense of curiosity.

As you head north into Oregon from northwestern Nevada, stock up on supplies at Fields Station, a rambling roadhouse-style restaurant and fuel stop opened in 1881 as a stagecoach supply station.

Journey along the East Steens Tour Route, a 143-mile scenic drive, parts of it along a well-maintained gravel-dirt road that lies in the shadows of 9,734-foot Steens Mountain, through the serene and secluded Alvord Desert. Take a breather to soak in the restorative 100-degree-plus waters of Alvord Hot Springs, with its dramatic setting and two clothing-optional pools near the base of Steens Mountain. Or check out Crystal Crane Hot Springs, 80 miles north, where you can choose to float blissfully in a common pond or in a private cedar tub in this camping resort’s bathhouse.

Continue north to Burns, the largest town in Southeastern Oregon and an excellent place to top off your gas tank and pick up supplies, before making your way through the Malheur National Forest to reach the Retreat, Links & Spa at Silvies Valley Ranch, where you can settle in for a romantic dinner in the rustic-chic Lodge restaurant. Spend the night in one of this eco-friendly resort’s cabins.

Try to get an early start, as it’s a 90-minute drive to the Sheep Rock Unit of John Day Fossil Beds National Monument. Here amid a dramatically colored landscape and beguiling rock formations, researchers have found a fossils dating back more than 33 million years. With a little extra time, you can take an hour drive west to the Painted Hills Unit, famous for the rolling hills striped with rusty colors.

Backtrack to the small town of John Day, pausing for the creative fare at 1188 Brewing. In this rugged homesteading community, stop by Kam Wah Chung State Heritage Site, which recounts the vibrant and critical role that Chinese immigrants played in the area’s development. Later in the afternoon, as you make your way through the granite-capped Elkhorn Mountains, dig for gold at the Sumpter Valley Dredge State Heritage Area or take a ride on the historic Sumpter Valley Railroad.

In bustling Baker City, take a flavorful culinary walk through its pretty downtown, sampling the artisanal gins and vodkas at Glacier 45 Distillery and noshing on handmade truffles and decadent desserts at Peterson’s Gallery and Chocolatier. Save room for the addictive fried pickles and traditional fish and chips at welcoming Barley Brown’s Beer.

Spend the night at the historic Geiser Grand Hotel, a regal 1889 hotel with a dramatic turret that soars above downtown Baker City.

After a cheery morning feast at the Lone Pine Cafe, head east on Highway 86, which marks the beginning of the breathtaking, 208-mile Hells Canyon Scenic Byway. Stop first at the National Historic Oregon Trail Interpretive Center, where impressive exhibits and living-history demonstrations bring into focus the tremendous challenges that early pioneers faced. You can even spy their wagon ruts.

Continue into the mammoth Hells Canyon, which, at about 8,000 feet, is North America’s deepest water-cut gorge. To get a sense of the canyon’s grandeur, take a jet-boat excursion with Hells Canyon Adventures on the Wild and Scenic River Snake River.

Now make your way northwest by continuing along an impossibly beautiful 45-mile section of the byway known as the Wallowa Mountain Loop, which is impassable November through May. (During these months, you can get to Joseph from Hells Canyon by backtracking to Interstate 84 and continuing west and then north via Highway 82.)

Try to arrive in time to soak up the sunset views of the Eagle Cap Wilderness from the top of Mt. Howard, reached via a 3,700-foot ascent in the Wallowa Lake Tramway, which boasts the country’s steepest tram incline. Then head into Joseph’s charming downtown for a spirits tasting at Stein Distillery. For dinner, consider Embers Brew House or the Stubborn Mule Saloon & Steakhouse.

Sleep soundly, breathing in the crisp mountain air from a cozy cabin nestled at the base of the Wallowas, at the Eagle Cap Chalets. Be sure to step outside to gaze up at the star-filled sky in this remote mountain region that’s largely free of light pollution.

Venture out for a morning stroll through downtown Joseph with a coffee or drinking chocolate in hand from Arrowhead Chocolates, stopping by the many galleries and boutiques, and capping your adventure with a tour of Valley Bronze, a highly regarded gallery and foundry favored. Then take an excursion with Railrider Cycling: Joseph Branch. On a two-hour tour, you’ll pedal four-wheel Railrider vehicles along a historic stretch of the old railroad.

Allow a little more than two hours for the picturesque drive over the Blue Mountains to Pendleton’s Tamástslikt Cultural Institute, a remarkable living-history center with engaging exhibits that interpret the 10,000-year-old story of the thriving Cayuse, Umatilla and Walla Walla tribes.

Drive into Pendleton’s flourishing downtown, dropping by the Prodigal Son Brewery and Pub for a late lunch. Then set out on the 90-minute Pendleton Underground Tour, which crisscrosses the town’s once infamous red-light district and passes through secret basalt-rock tunnels. Wrap up the afternoon by visiting Pendleton’s artisan makers, including custom-made hats at Montana Peaks Hat Company and Pendleton Hat Company, cowboy boots at Staplemans Boots & Leather, and custom quarter sawn oak woodwork at Hamley’s Steakhouse.

When the dinner hour strikes, head to Virgil’s at Cimmiyotti’s Restaurant and Lounge, a Pendleton tradition since 1959 and famous for steaks. Overnight at one of the many excellent chain hotels conveniently situated in town, including the Red Lion Hotel, Oxford Suites or the Hampton Inn.

Breakfast at Pendleton’s oldest bar and restaurant, the Rainbow Cafe, is a true locals experience and a great way to soak up Pendleton’s colorful vibe.

Next, to learn about one of the West’s most celebrated rodeos, held over one week each September, visit the Pendleton Round-Up & Happy Canyon Hall of Fame, with its exhibits about the region’s spirited heritage. Then take a 20-minute behind-the-scenes tour of the Pendleton Woolen Mills. Stop for lunch at family-owned Oregon Grain Growers Brand Distillery, which turns out tasty wood-fired pizzas.

Head west just 30 minutes but step back in time several decades with a walk around Echo. Take a self-guided tour of the tiny town’s 17 historic buildings and sites along the Echo Heritage Trail. And drop by Echo Ridge Cellars, a repurposed grain elevator that now houses a stylish tasting room. 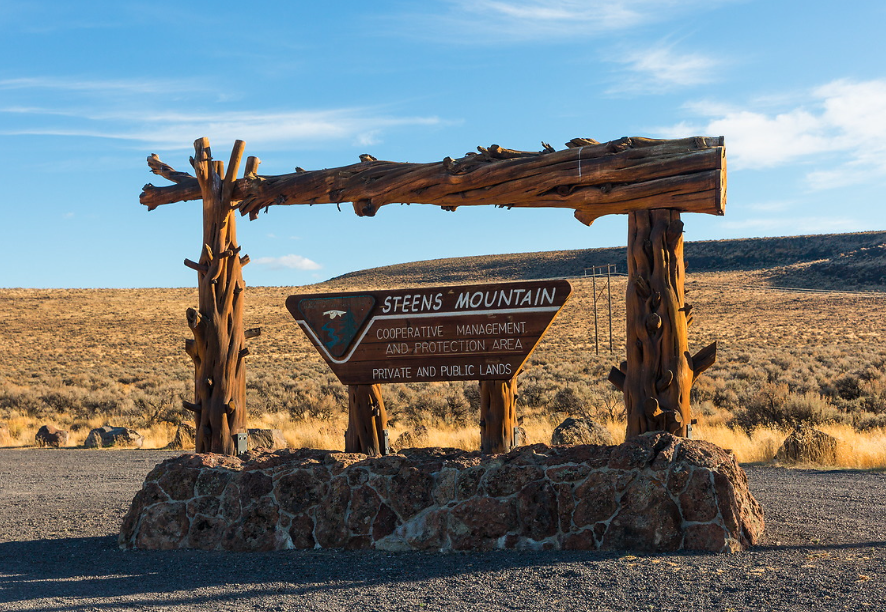 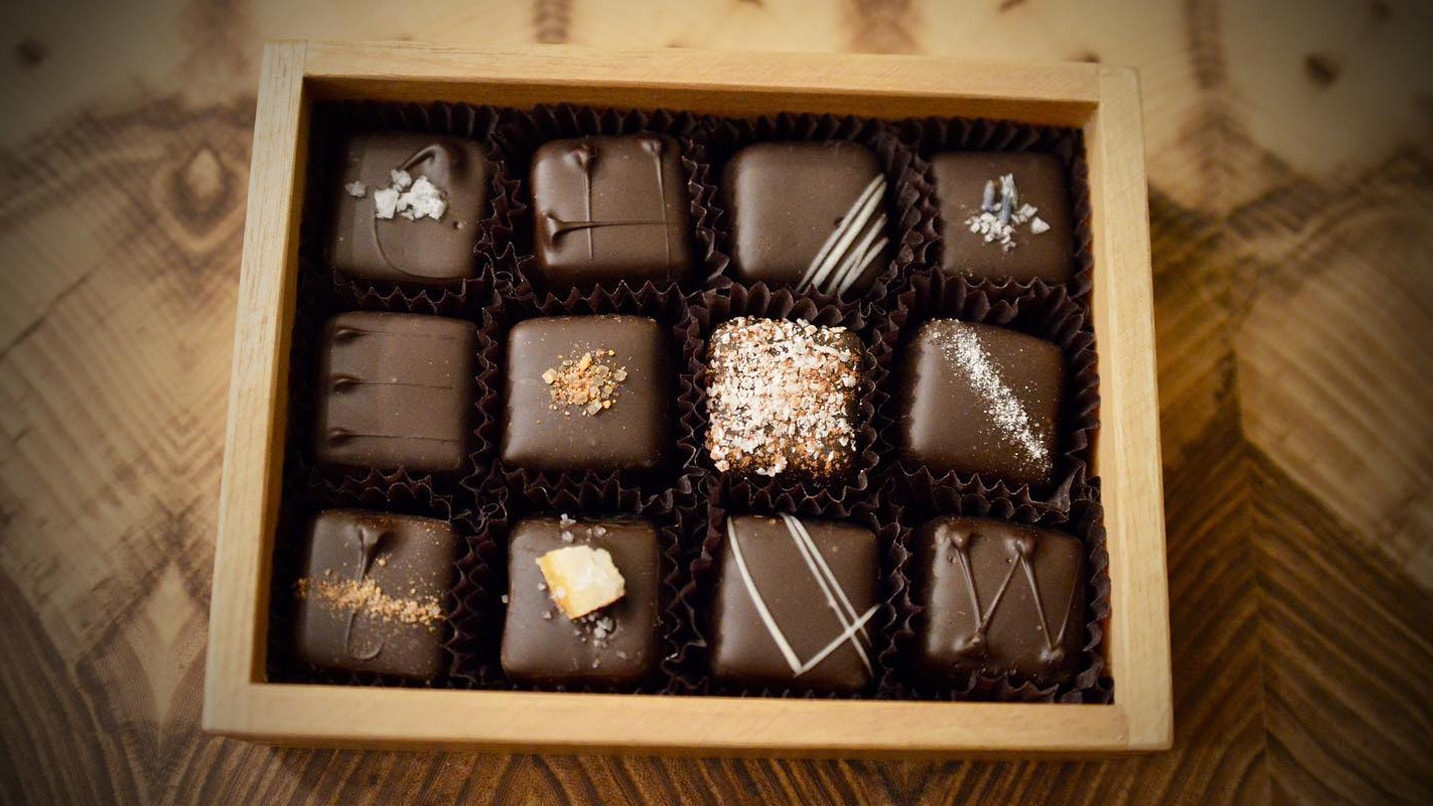