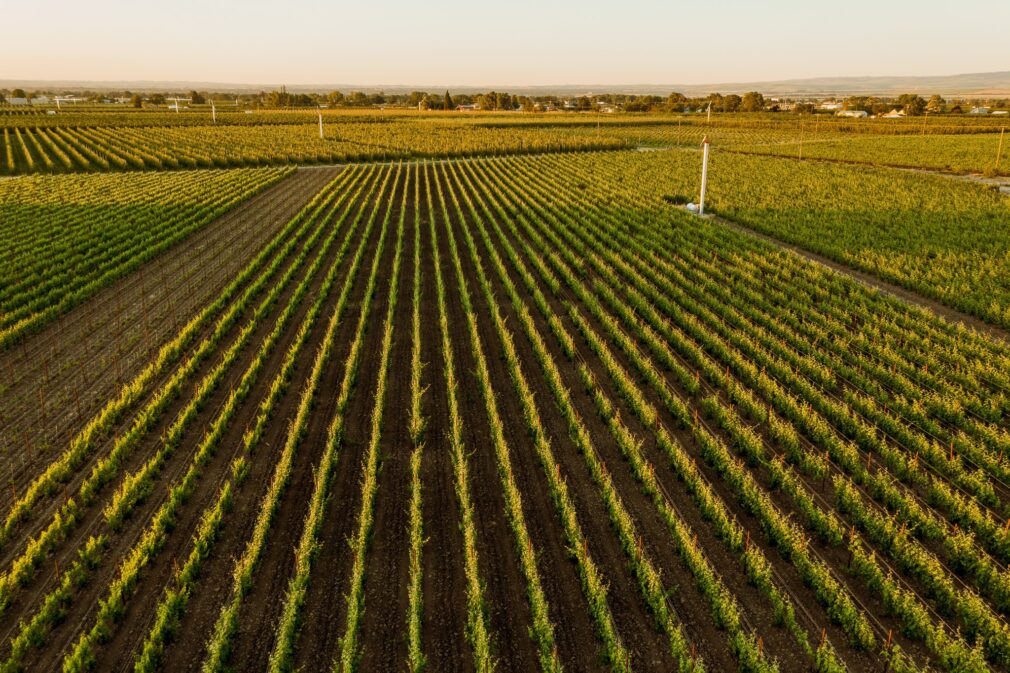 Eat + Drink, Oregon's Rugged Country, Things To Do
Photo by The Walls Vineyards

IT’S ALL ABOUT PLACE!

Humans wandering the planet across time seeking a better place in which to raise a family are the stories of history. People migrated for good reasons: shelter, safety, food and pleasant living conditions. Ancient people were attracted to Walla Walla Valley thousands of years ago for its weather and abundant food and water. By the late 1800s, farmer settlers quickly embraced the mild climate with its long growing season, deep topsoils, rainfall at the right times and 300 days of sunshine. Cinsault grapes were planted by Italian immigrants for pleasure and for personal consumption on the Oregon side of this important growing region. The region succeeded in finding customers around the world for its quality agricultural products. However, the commercial wine industry would not gain a foothold until later in the 20th century.

It was in the late 1970s and early 1980s that the modern era of Walla Walla Valley winegrowing took off, and the Walla Walla Valley wine industry established its place as a wine destination in the 1990s. By the early 2000s, the globally distinctive character and flavor profiles of the wines being raised in the cobbles/gravels around Milton-Freewater were becoming clear. With formal, federal recognition of the appellation in February 2015, ‘The Rocks District’ was established as an American Viticultural Area (AVA), and further investment in vineyard development exploded, doubling within a decade.

These volcanic, basalt-based, soils are a big deal, when it comes to winegrowing. The extremely deep depositions of cobbles and gravels, found within The Rocks District AVA, absorb and hold the warmth of the sun, reflecting solar energy back up into the fruit zone while maintaining a warm soil condition at night, supporting fruit maturation. They allow for incredible drainage and maintain a lid on erosion. Root structures can be readily established and, critically, can grow deep in this medium. Water and plant nutritional requirements are provided a huge assist by mother nature. These cobbled soils contain the necessary micro and macro nutrients that support healthy plants and vigor, while imparting flavors that are absolutely of this Place!

The Rocks District of Milton-Freewater appellation boundaries are based on the geographical distribution of the Freewater Soils Series; over 5.9 square miles – only 3,767 acres captured within these federally recognized boundaries. Those basalt depositions are 100-300’ deep and are 100% derived from the Blue Mountains to the east, introduced to the Valley floor by what was once a “wild” Walla Walla River. Inevitably, that “wild” Walla Walla River was tamed by the Army Corps of Engineers; protecting the city and its citizens, as well as the agricultural assets being established to the west of the city.

It takes persistent dedication, as well as a collective vision, for a relatively small group of people to make an impact of global significance. Steve Robertson, Delmas-SJR Vineyard vintner and Rocks District Winegrower (RDW) founder, spearheaded the petition. Dr. Kevin Pogue, a professor of geology at Whitman College in Walla Walla, Washington, defined the boundary lines and wrote the petition. To Robertson and the other members of RDW, this is only the beginning. “Fine wine has the ability to transform a town,” says Robertson. “Over time, The Rocks District AVA will transform Milton-Freewater, and the community-at-large.”

Creating a winegrowing region of global impact takes a long-term, multi-generational, commitment to a specific place, its soil, its farming practices and its people.

“Nothing sustainable happens in the world of wine without wine grapes in the ground,” says one of the leaders of The Rocks District AVA. “It takes a decade for the vines to mature, providing another 20 to 40 years for the vines to showcase the qualities of a specific terroir expression. Ultimately, the reason people will come visit Milton-Freewater from around the world is because the wine grapes grown here provide a basis for wines of globally distinctive character.”

The Rocks District is receiving international acclaim for its wines, particularly Syrah. The distinctive character of these wines is discernible and global recognition is fueling the planting of new vineyards. Simply, this growing region has been recognized as one of the most distinctive in the world! What makes the future so exciting is that modern-day wine grape farming within The Rocks District AVA is only a couple decades old. This, new, cultural context is supported by a rich, broadly-based, and diverse agricultural tradition dating back to the mid-1800s. Specialized farming practices are being developed/refined; preserving vine health and enhancing the savory, saline and umami character attributes showcased by these cobbled soils.

Photo by The Walls Vineyards

There have been five perfect 100-point scores awarded to wines from the AVA as of 2021: by Wine Enthusiast, Wine Spectator, JebDunnuck.com and Vinous.com.  Most importantly, the Rocks District AVA is distinguished by many producers, capable of singularly distinctive wine expressions – each worthy of discovery.

Nested within the Walla Walla Valley AVA, The Rocks District of Milton-Freewater resides entirely on the Oregon side of the Valley. Visit RocksDistrict.com for a list of the many wineries that utilize The Rocks District fruit in their wine.

— The Rocks District is the only AVA in the U.S. whose boundaries (96%) have been fixed by virtue of a single soil series (Freewater Series) and a single landform (alluvial fan). Final Alcohol, Tobacco Tax & Trade Bureau (TTB) approval of this 5.9 square mile (3,767 acres) AVA within Walla Walla Valley occurred February 9, 2015.

— As of 2021, 472 planted wine-grape acres, with more in development. Top varieties are Syrah, Cabernet Sauvignon, Grenache.

THE EXPERTS ARE TALKING

“The most distinctive AVA in the United States…making some of the greatest wines in America.” — Harvey Steiman, Wine Spectator

“This incredible terroir produces and exotic, perfumed, and textured style of wine that’s one of the most unique – and identifiable – in the world.” — Jeb Dunnuck, International Wine Critic