Get in the Spirit – Your Guide to Holiday Sipping 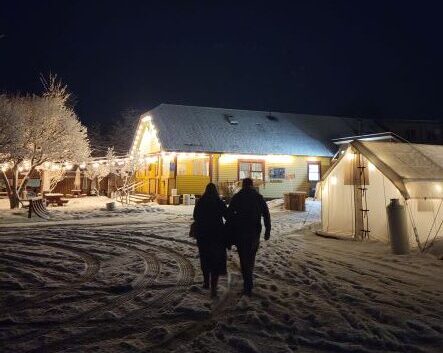 Get in the Spirit – Your Guide to Holiday Sipping

Since cowboys first tended cattle here more than a century ago, Eastern Oregon has long been a place where a great beer or spirit was easy to find. Back then, those who settled in the region couldn’t always count on the next shipment of whiskey or beer to come on time. So, Eastern Oregonians began making it themselves.

And that provides one amazing opportunity for those who like to taste while they visit. Whatever your drink of choice, Eastern Oregon has you covered.

Oregonians have a running assumption: Every town should have at least one great brewery. That pretty much checks out. And with some of the most original and innovative breweries in the state, Eastern Oregon more than proves the theory.

Discover an almost embarrassment of riches in what has become a booming Eastern Oregon beer scene. Sure, you probably know a bit about the destination breweries that have become household names among beer lovers both far and wide: Barley Brown’s in Baker City and Terminal Gravity Brewing Co. in Enterprise just to name a few. But to experience them in person brings a new level of appreciation for their commitment to the quality of their craft.

In addition to the names you know, though, there are so many unique, independent breweries in Eastern Oregon to discover. Many with some of the most interesting origin stories around. Down the Columbia River on I-84 is Boardman, home to  Ordnance Brewing, a farmer-owned operation named after a ghost town. You can find their brews on tap at Two Barrels Taps & Grill in Boardman. Though Burnt Field Brewing is just steps away, too, and where you won’t want to miss their brick-oven pizzas. As you head east, Hermiston Brewing Co. always welcomes thirsty travelers for a pint and a bite in downtown Hermiston. Or detour south towards the town of Mitchell, home to Tiger Town Brewing Co. Just nine miles from the Painted Hills, the brewery offers great brews, epic scenery, and can’t-miss live music events.

Farther east in Pendleton, the Prodigal Son Brewery and Pub has deep local roots, thanks to Pendleton native Tim Guenther and some friends. Head north from Pendleton to Milton-Freewater and you’ll find Dragon’s Gate Brewery, a farmhouse brewery that focuses on small-batch brews and uses estate-grown hops and spring water tapped from a deep natural source located beneath the brewery.

Heading southeast on I-84, you’ll want to make a stop at Side A Brewing in La Grande and toast the trip on Side A’s outdoor, back-alley beer garden. Continuing to Baker City, and just down the road from Barley Brown’s, North Seven Brewing Co. is crafting some of the finest swill east of the Cascades.

From La Grande, continue west to historic John Day to find 1188 Brewing, where two sisters and their families brew with a generous spirit and gregarious style. Keep heading south from La Grande to Ontario, where you’ll want to make a stop at Tandem Brewing. Another hour south, through the beautiful Malheur National Forest, finish your tour of Eastern Oregon breweries at Steens Mountain Brewing in Burns, where you can celebrate with a pint and some house-smoked barbecue. 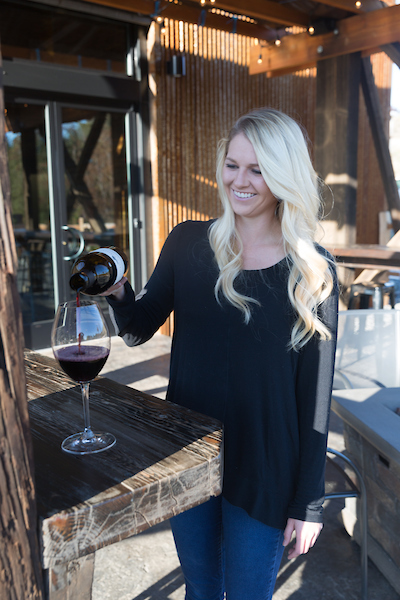 Eastern Oregon might not be the first place that comes to mind when thinking of great wine regions, but it shouldn’t be overlooked. Milton-Freewater, which is part of the acclaimed Walla Walla Valley AVA and sits just south of the stateline from Walla Walla, Wash., is a big reason why.

Like any great wine, you must look to the soil, and it’s certainly the nutrient-rich volcanic soil that makes Milton-Freewater wine stand out. The Rocks District AVA in Milton-Freewater is the only AVA in the U.S. with boundaries defined solely by the soil type. The volcanic rocks that give the Rocks District its name produce a sumptuous array of reds and whites because of the terroir’s unique mineral composition, hydrology, and temperatures.

Oenophiles don’t need to end their trip in Milton-Freewater, though. Just 45 minutes southwest, the historic town of Echo is home to three wineries: Echo Ridge Cellars, Echo West Vineyard & Ranch, and Sno Road Winery. Part of the Columbia Valley AVA, the wines are primarily sourced from grapes grown in vineyards in the nearby hills overlooking the Umatilla River.

Small wineries are also spread throughout other parts of Eastern Oregon, too. Copper Belt Wines in Baker City and David Hamilton Winery in Mt. Vernon bring unique wine tasting experiences to all corners of the region.

The history of crafting spirits runs deep in Eastern Oregon, but there has been a modern resurgence all across the region. Today, distillers around Eastern Oregon make high-quality, small batches of just about every kind of spirit, from bourbon and gin to rum and vodka.

The uniqueness comes from Eastern Oregon’s deep agricultural roots, allowing distillers to oversee each step of the distilling process — from seed to bottle.

Opening in 2009 in the picturesque northwestern Oregon town of Joseph, Stein Distillery is among the pioneers. Stein Distillery’s line of handcrafted spirits include award-winners, such as its 2-year American Oak-aged Straight Rye and Straight Bourbon whiskeys.

Speaking of agricultural roots, Oregon Grain Growers Brand Distillery opened in downtown Pendleton in 2016 after years of planning. Now, Oregon Grain Growers Brand Distillery is farmer-owned and sourced entirely from local ingredients, much of which they grow themselves to produce a wide range of whiskeys and vodkas. Glacier 45 in Baker City sits at the base of the Elkhorn Mountain range, and that allows the distillery to use its clean and crystal clear water to craft its line of vodkas and gins.

The bottom line is that no matter where you stop, and whether your preference is beer, wine, or spirits, you’re in for a uniquely Eastern Oregon experience.