This Cove staple exemplifies the charm of the Old West, and boasts a fantastic steak, prawns, and other meals which you can imagine the cowboys of old consuming, all in a setting where cowboys still exist! You would be hard pressed to find more kind and helpful staff and certainly the character of the Cove Tavern cannot be duplicated.

Chef/Owner Rob Hasse is from Seattle, where he was raised, although his roots start here in the Grande Ronde Valley. Both of his Parents, Dave Hasse and Coralee Tucker went to La Grande High School. Hasse's passion has always been for the restaurant industry. He wanted to bring his experience and knowledge back to Union County and Chef/Owner Rob Hasse came to Cove from start his own restaurant. Hasse has 20 years in the restaurant industry. He has spent the last several years traveling, working for different restaurant concepts, and working directly with other chefs to hone his skills. When the Cove Tavern closed for buisness Hasse saw an opportunity and decided to open The Steakhouse at Cove. 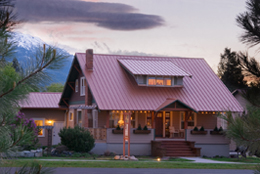 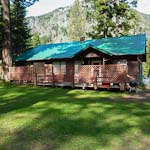 Park at the River RV Park

Map
Park at the River is a beautiful setting for a vacation at Wallowa Lake or the Eagle Cap Wilderness. Nestled alongside the Upper Wallow[...]
59888 Wallowa Lake Hwy.
Joseph, OR 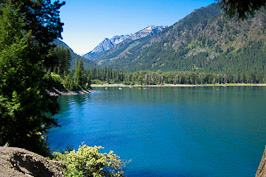 Map
Eagle Cap Chalets offers a variety of accommodations from single hotel rooms up to roomy three-bedroom cabins and many choices in betwe[...]
59879 Wallowa Lake Hwy
Joseph, OR